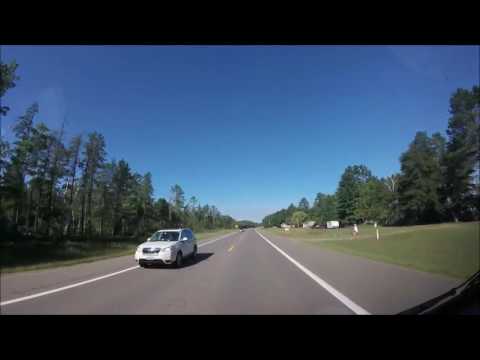 Lake Superior State University (LSSU/Lake State)
Western Collegiate Hockey Association (WCHA)
Founded: 1946
Location: Sault Ste. Marie, MI
Total Enrollment: 2600
Total Attendance: 4000 (2000 Avg)
Nickname: Lakers - LSSU's teams carry the nickname of Laker due in part to the school's name and the proximity to Lake Superior. Before being called the Lakers, they were nicknamed the Hornets.
Live Mascot: The live mascot for the Lakers is Seamore the Sea Duck. Seamore recently underwent a redesign two years ago to become the above version. With the redesign he became the sole mascot of the Lakers. Before Seamore was a dark blue bird and was often accompanied by a sailor mascot named Foghorn. Many students and alumni prefer the older design of Seamore but have been accepting of the new look.
Band: LSSU Pep Band - The LSSU Pep Band primary function is playing songs at LSSU Hockey games. Being a smaller school the Pep Band is not very large and is completely student ran. The Pep Band exists as a student organization and is not part of any academic program. They provide entertainment primarily to the students attending as they are located above the student section of the arena.
Fight Song: The LSSU Fight song goes as follows:


We’re gonna rise up for old gold and blue
We’re gonna show our Laker pride
Take your mighty wins in stride
We’ve the power on our side
We’re gonna fight, fight on to victory
We’re gonna win this game tonight
We have the spirit in our team
So go fight, you Lakers, win.
GO Go You Lakers Fight GO FIGHT WIN
FIGHT FIGHT You Lakers Win GO FIGHT WIN


To be honest, nobody sings the fight song's lyrics. In my 4 years of attendance I never heard anyone sing them and did not know there were any lyrics until I began researching for this article. Most Lakers only know the Fight Song by the rhythm and hearing it played by the Pep Band after a goal.
Arena: Taffy Abel Arena - The Taffy Abel Arena is part of the Norris Center Athletic Complex which houses all indoor Lake State Athletics. It was built in 1976 and was last renovated last in 1995. It was named after Clarence "Taffy" Abel who is an American Hockey player born in Sault Ste Marie, MI. The Taffy Abel has a capacity of 4,000 seats. It also holds the distinction of being the only arena in the United States that has a capacity higher than the total enrollment of the school it services.
Town Information: Sault Ste. Marie, MI (aka The Soo) is a smaller college town with a population of about 15,000. It is on the border of Michigan's Upper Peninsula(UP) and Canada. Across the border is the much larger town of Sault Ste. Marie, Ontario which has a population of about 75,000. The main attractions for The Soo include the Soo Locks, A variety of nature trails/parks, Kewadin Casino, The Soo Eagles (NAHL), Soo Thunderbirds(NOJHL) and the Soo Greyhounds (OHL) (The Greyhounds even let this scrub play for them).
First Season: 15-5-0
All-time Record: 900–736–146
Championships: NCAA 3 (1988, 1992 and 1994), NAIA 2 (1972, 1974)
Frozen Four Appearances: 4 (1988, 1992, 1993, 1994)
Tournament Appearances: NCAA 10 (1985, 1988, 1989, 1990, 1991, 1992, 1993, 1994, 1995, 1996), NAIA 6 (1968, 1969, 1970, 1972, 1973, 1974)
Conference Titles:
 Rivals
 Northern Michigan University(NMU) - Being the closest NCAA hockey program and one of the 3 in the UP, NMU is a natural rival for the Lakers.
Michigan Technological University(MI Tech) - Being another UP university with a NCAA hockey program, MI Tech makes another natural rival. LSSU was originally an offshoot of MI Tech and is considered by many to be it's little sibling school.
I will note that while NMU and Tech are LSSU's main rivals there have not been many big rivalry moments in the last few seasons leading to a more laid back rivalry.
 2014-2015 Season
 Record: 8-28-2 (Conference 7-20-1)
Coach: Damon Whitten(1st Year)
[2014-2015 Roster](Link)
Season Summary: It was a rough first year for Coach Whitten. After having a good chunk of the previous roster either signing with a AHL/NHL team or graduating out of the program(Including all 3 goaltenders), the fresh Laker team did not fair well this season. The players showed flashes of brilliance but could not put together the pieces to come out on top most nights. The relatively you team will hopefully have time to grow together and build team chemistry for the following seasons. While the team did make their first appearance in the WCHA tournament since joining last year, they were quickly defeated by the tournament's eventual champions Minnesota State.
 2015-2016 Season
 [Schedule](Link)
Drafted Players on Roster: Being a small school with a currently less than successful program it should not be shocking to many that there are no currently drafted players playing on the Lakers. Most players that are picked up from the team are done so after the draft as a signing and do not stick around at LSSU.
Key Games
Oct. 17 Northern Michigan This is the home opener against one of the rival UP schools so it will set the tone for the year.
Dec. 11/12 Michigan Tech The Lakers double header against their other UP rival will be a test for the players. Tech is coming off a phenomenal season and it will be interesting to see how LSSU stacks up.
Players to Watch
** Gordon Defiel - G - So** It's proving time for Gordie going into his sophomore season at LSSU. The team will need big plays by him to improve from last year's setbacks.
** Bryce Schmitt - F - Sr** Coming in second last season on the team in points, Bryce enters his senior season with the Lakers. He will be looked to for production and leadership by the team.
** Eric Drapluk - D - Sr** Drapluk lead the D corps for the Lakers last year coming in 3rd overall in points for the team. Another senior that will be looked to lead this team in a positive direction.
 (LSSU’s) History
 Greatest Players:
Doug Weight - Center
Brian Rolston - Left Wing
Jim Dowd - Center
Honorable Mention: Kellan Lain who made his NHL debut January 18, 2014 for the Canucks and was involved in a full-line brawl setting an NHL record for fastest fight to start a career and was ejected from the game.
Greatest Coaches:
Greatest Games:
 Closing School and City Information
 City Population: 15,000
School History Founded as Soo Tech in 1946 as a satellite school of Michigan Tech. Lake State eventually became its own entity known as Lake Superior State College in 1966 and officially split from tech in 1970. They were granted university status in 1987.
Traditions
Hoholik Victory Bell: After any Laker Hockey Victory the team ditches their skates and runs outside the arena to ring the victory bell surrounded by the fans. The tradition started in the early 1980's. A new bell was installed after the original was heavily damaged following the celebration of the 1992 NCAA Championship.
Local Dining:
Random Trivia: Men's Hockey is the only D1 sport at LSSU. LSSU's Main Campus is built on an old fort named Fort Brady. Lake State was mentioned on the Colbert Report once for banishing the work Truthiness.
Academics Big programs for LSSU include Nursing, Fire Science, Fisheries & Wildlife, and Business.
 Final Thoughts: This was a really good way to look back at my time as a Laker and is bringing up many memories from watching my team play. I only wish I had found out about this sooner so I would have a bit longer to work on my article. Thanks to JohnDoeMonopoly for making this all possible.
 Subreddits
/CollegeHockey - For even more information about college hockey (men’s and women’s!)
/60Teams60Days - For further information about this series

Top Upper Peninsula Casinos: See reviews and photos of casinos & gambling attractions in Upper Peninsula, Michigan on Tripadvisor. Best Casino Hotels in Upper Peninsula on Tripadvisor: Find 1,428 traveler reviews, 425 candid photos, and prices for 11 casino hotels in Upper Peninsula, MI. Upper Peninsula Travel and Recreation Association; P.O. Box 400 ; Iron Mountain, MI 49801; 906-774-5480; Contact Us; Serving the Upper Peninsula Since 1911; Feel Lucky to Be in the UP. For as little as a penny you can test your luck at 10 gaming casinos across the U.P. You’ll find all your favorite slots and table games. Plus new types of video games that offer more chances to win. Whether Northern Waters Casino – Watersmeet. You’ll find the Northern Waters Casino just north of the tiny town of Watersmeet. Over 500 slot machines ranging from $1 to $10 denominations line the interior of this casino in the Upper Peninsula of Michigan. Table games like Blackjack and 3-Card Poker are available to play between 3 p.m. and 12 a.m. 23.11.2020 Top 10 Upper Peninsula Sehenswürdigkeiten: Hier finden Sie 57.844 Bewertungen und Fotos von Reisenden über 572 Sehenswürdigkeiten, Touren und Ausflüge - alle Upper Peninsula Aktivitäten auf einen Blick. Casino In Upper Peninsula Mi, does chrokee casino have coin pusher games, youtube jackpot borgota 2020, sky poker voucher codes Browse our selection of 45 Casino hotels & resorts in Upper Peninsula, MI for the ultimate stay & play vacation. Make your casino vacation a sure bet with Expedia and save your money & time. For those looking to hit the slot machines, a casino in the upper peninsula will be opening this week. All individuals entering the casino must be at least 18 years of age. Temperature checks will be done at the entrance to the casino and anyone with a temperature above 100 degrees will not be admitted. Masks are encouraged and available at the Island Club, guest services, or hotel desk. Island Resort and Casino in Harris, MI is located in Michigan's Upper Peninsula. Experience our casino games, luxury hotel, spa, two championship golf courses, concerts, shows, and fine dining. Top Upper Peninsula Casinos: See reviews and photos of casinos in Upper Peninsula, Michigan on Tripadvisor.